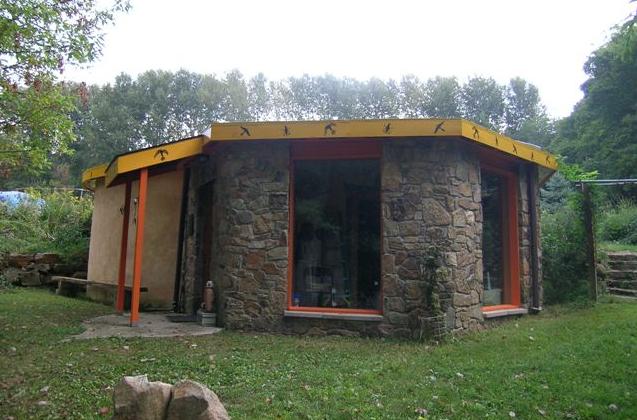 ABOUT BIRDSONG PEACE CHAMBER - - - Set among the woods of Warwick County Park in Northern Chester County, Pennsylvania, Birdsong is surrounded by the Drum Dance and Sun-Moon Dance fields and is adjacent to the Sweat Lodge. Construction began January 1, 1995, when the first blade of dirt was scooped from the Earth. The cost and labor to build the 22’ x 27’ oval shaped chamber was born by donations from community and friends around the U.S. Birdsong was fully operational by late 1996 and since that time, Birdsong has hosted Chanting and Fire Ceremonies, Vision Quests, Drumming and Healing Workshops, Story Telling, and other special events.  The idea of peace sound chambers grew out of a vision Beautiful Painted Arrow, Joseph Rael, received in 1984. He was instructed to build a chamber for the chanting of sounds to effect world peace. The Birdsong Peace Chamber is part of a unique network of forty plus chambers existing in the U.S., Canada, Europe, South America, South Africa, and Israel.

“The chambers are our caretakers, helping us to access wisdom from an ancient source. They act as a mouthpiece for the higher mind to amplify that which we need at this time on the earth and to help all who walk upon her. By building chambers on the surface of the earth, a web of light is created so that a person making sound inside a chamber sets up a continuous resonance around the earth.”   Beautiful Painted Arrow

MISSION STATEMENT - - -  Birdsong Peace Chamber is dedicated to promoting peace through chanting, meditation, and ceremonies.  It is non-denominational, and open to all. 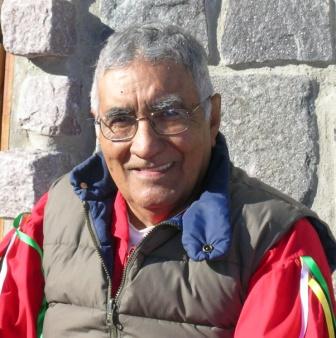 JOSEPH RAEL - - -  Joseph Rael, whose Indian name is Beautiful Painted Arrow, is an internationally respected visionary, shaman, artist and master storyteller of the Southern Ute and Picuris Pueblo Indian tradition. He holds a BA from the University of New Mexico and a MA in Political Science from the University of Wisconsin. He has been active for many years in educational, religious, cultural, social welfare, health care, and economic development programs for Native American people.  Since childhood, Joseph has been interested in sound, and has, in his ten books and his teaching, tracked sound in his native Tiwa language and later in English and Spanish, always with the belief that in these vibrations he would find the presence of the great Mystery. From human breath and heartbeat to the pulsating energies of subatomic particles, to expansion and contraction of stars and of the universe itself, there is pulsation- vibration-inherent in all that exists. Joseph's books are for sale at Birdsong Peace Chamber.

Kristen and Tom Bissinger are the Caretakers of Birdsong Peace Chamber. They began studying and dancing with Beautiful Painted Arrow in 1987 and began hosting dances on their land in 1988, when Joseph brought the Drum Dance to Pennsylvania. In 1997 Joseph passed the chiefing of the Drum Dance on to Tom, and Kristen is the chief the Sun-Moon Dance which was first danced at Birdsong in 2002.   They can be reached by phone at 610-469-9029 or click here to email Kristen, click here to email Tom.

Kristen was co-director of Feet First Center for Dance from 1987-2018. She enjoys teaching at Feet First Dance making pottery, gardening, praying and beloved people. She is the co-author of Leap Into Learning! Teaching Curriculum through Creative Drama and Dance. She has studied with Joseph since 1987.

Tom is a published author of stories, poetry and a memoir. He currently enjoys painting, sculpture, repurposed metal welding and collaging. He has studied with Joseph since 1987.